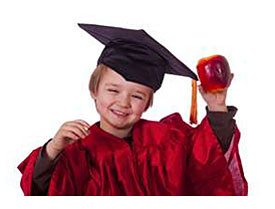 This is the most comprehensive documentary ever produced about higher education in the U.S. NIA's hour-long documentary called 'College Conspiracy' exposes the facts and truth about America's college education system. 'College Conspiracy' was produced over a six-month period by NIA's team of expert Austrian economists with the help of thousands of NIA members who contributed their ideas and personal stories for the film. NIA believes the U.S. college education system is a scam that turns vulnerable young Americans into debt slaves for life.

NIA tracks price inflation in all U.S. industries and there is no industry that has seen more consistent price inflation this decade than college education. After the burst of the Real Estate bubble, student loans are now the easiest loan to receive in the U.S., and total student loan debts now exceed credit card debts. The government gives out easy student loans to anybody, regardless of grades, credit history, what they are majoring in, and what their job prospects are. NIA believes it is illegal for the U.S. government to be in the student loan business because the U.S. constitution doesn't authorize it. Just like how the U.S. government created Fannie Mae and Freddie Mac to make housing affordable, but instead drove housing prices through the roof; the U.S. government, by trying to make college more affordable, is accomplishing the exact opposite and driving tuition prices to astronomical levels that provide a negative return on investment.

The U.S. has been experiencing 5.15% annual college tuition inflation this decade. Despite this, 70.1% of high school graduates are now enrolling into college, a new all time record. 2/3 of college students are now graduating with an average of $24,000 in debt. There is nothing special about getting a college degree if everyone else has one, and it is certainly not worth getting $24,000 into debt to camouflage yourself into the crowd. NIA's President is friends with hundreds of CEOs of mid-sized corporations who tell him that someone who skipped college is a lot more likely to stand out amongst the hundreds of applicants who apply for each job available.

The real unemployment rate in America is now 22% and 60% of college graduates who are lucky enough to find a job, are receiving low skilled jobs where a college degree isn't even required. In fact, 70% of high school graduates who didn't go to college, were able to get these very same jobs as the average college graduate. The main difference is, by the time Americans who went to college get their degree, those who went straight into the work force after high school will already have 4 to 6 years of valuable workplace experience. Instead of having $24,000 in debt, these experienced Americans will be working their way up to a higher paid position or a better job at a different company.

All across America, colleges are deceiving prospective students with misleading and often fraudulent tactics and statistics. The fact is, law schools are handing out 43,000 law degrees each year, when there are 15,000 less attorney and legal staff jobs in the U.S. than three years ago. Many law schools are advertising a 90% job placement rate within one year of graduating. However, weeks before job placement surveys are conducted, some law schools will hire unemployed graduates to work in their admissions department. They are let go as soon as these surveys are completed, but count as being part of the 90% employed.

'College Conspiracy' also exposes how three years ago when 15 new pharmacist schools were getting ready to open in the U.S., the college cartel created a pharmacist shortage hoax to scam Americans into investing hundreds of thousands of dollars to attend pharmacist school. NIA has uncovered how economists were bribed to produce phony studies that forecast the need for 150,000 new pharmacists in America by 2020. Today, NIA is hearing from many young Americans who were deceived into getting pharmacist degrees and can't find any pharmacist jobs no matter how many they apply for. These Americans are now deeply in debt and admit that they would have been better off getting minimum wage jobs stocking shelves somewhere.

NIA is very pro-education and dedicated to educating its members to the truth about the U.S. economy and inflation for free. Americans who read NIA's articles and watch NIA's documentaries for one year are guaranteed to learn more about the U.S. economy than they would have learned studying economics at an ivy league college for 4 years. NIA believes that in today's world, any young American who is motivated to become well educated and have a successful career, can become self-educated by simply reading college textbooks and using the Internet.

Americans today need to change their mindsets. Instead of worrying about getting a job, they need to focus on making a job. Not only is it possible to become educated online at a low cost, but it is also possible to start an online business with almost no overhead expenses. The current system in America that everybody follows of studying useless information to get good grades in high school, taking out a student loan, going to college, taking out a mortgage, buying a house, and getting married, is setup to transfer wealth through inflation from the middle-class to bankers and lawyers who produce nothing for society. Americans need to stop being sheep and learn how to think for themselves.

Trackback URL for this entry: https://kickthemallout.com/trackback.php/V-The_College_Conspiracy