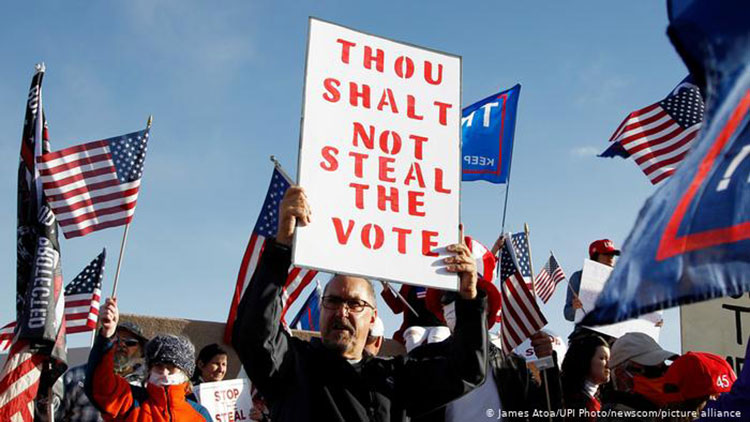 A reader sent this on the similarities between the Maricopa County elections audit today and the  2006 RTA bond election in Pima county AZ (Tucson).

This $2 Billion proposal was to add a sales tax for roads. It was defeated on the four prior occasions, and polls had it losing for the 5th time. But the bond measure won in a landslide 60/39. The lawsuit brought by the Libertarian Party found that election databases were replaced, and more.

The similarities to the 2020 election fraud are uncanny.

Pima County Elections Director Brad Nelson radically changed procedures for the 2006 RTA bond election. Employees who previously had access to the counting room were no longer allowed in that area. Poll Observers on the night of this 2006 election noticed something odd. Using telephoto lenses they captured images of a staff member using a Microsoft Access manual that was open to the pages on how to alter database files. The GEMS system had a well-know “back door” where data could be changed using MS Access without a password. The poll observers immediately asked Brad Nelson to make a back-up CD of the elections that night, seal it in an envelope and provide it to the police until an investigation could be opened. Nelson refused. Later that night, at 10PM Nelson told observers counting was finished for the evening and sent observers home. The lawsuit discovered counting started up again at 10:13PM that night and continued to tabulate votes without observers until 3AM the next morning. Sound familiar?

Testimony shows that Bryan Crane was the primary Pima election computer technician and was quite familiar with the ability of the GEMS system to export election data and manipulate it off line. He had done so in 1996 election at the instructions of County Administrator Chuck Huckelberry. The audit log of May 11, 2006 had shown that 33 seconds after the election computer was opened that morning, Crane created a second “Day 1 backup” , erased the original and replaced it with this second “Day 1 backup.” Crane operated the GEMS software for ten years before the RTA election and this was not his usual process. Crane personally told key witnesses he “Rigged the RTA election”. As the lawsuit continued, Crane’s story began to change. The AG’s office accepted his fourth story under oath, without comparison to prior explanations. The AG investigators did not question any contradictory witnesses.

Failure to create daily backups of precinct data was a very significant departure from normal practices. It was suggestive that vote total manipulation was occurring off line for the RTA election. The precinct data was not backed up “until 3 days later,” after the results had been published. The missing and errant poll tapes were closely correlated with an abnormally high number of malfunctioning memory cards detected in the electronic files. Consider the odds that the same precincts that had upload errors were the same exact ones missing their poll tapes? The lawsuit revealed that ten months prior to this RTA election, at the request of Crane, Pima County purchased a “crop scanner” tool used for circumventing normal functions of memory cards. This is a read-write computer hacking tool that alters the way a memory card records and reports elections outcome on a precinct level.

After 2 years of legal battles, the plaintiffs litigation team was finally allowed by the courts in 2008 to inspect the poll tapes. But Terry Goddard from the State AG’s office intervened at the last minute and confiscated all paper documents from the election. Godard initially promised to examine the poll tapes, but never did. The AG’s office conducted a “dog and pony show” hand recount. A year later the litigants discovered why. Of the 368 precincts, 112 were missing poll tapes. Another 50 precincts didn’t match their final canvas totals. In totality, this called into question about half of the precincts counted.

Former EAC auditor iBeta originally conducted a joint “investigation” with the suspects (Pima County) and the State AG’s office. It became clear the investigation was steered by the suspects down blind alleys. The iBeta results contained no reference to either swapping or replacing a database. Pima County Board of Supervisors originally assigned county administrator John Moffat to oversee this special RTA election. During the investigation, Moffat had directed the iBeta engineer to look at the Preferences table in the database. The simplest manipulation would have been done in the Candidate tables of the database where you could just reassign votes. Needless to say, the iBeta engineer found no evidence of tampering. The iBeta report contained 5 tests. Two were conducted by Moffat and another where iBeta accepted Moffat’s explanation.

The litigation went on for a total of 8 years and incurred year after year of judicial obstruction, change of venues, judges recused, violation of court orders, etc.  In many instances evidence was not allowed to be heard, lost, or destroyed. The AG’s office never allowed a forensic audit, or independent hand count, even though ballots of different paper thickness were obvious to workers. Time had run out and all the paper ballots were eventually destroyed. No one faced any criminal charges.

Patriot John Brakey of Audit Elections USA was one of many trying to get to the bottom of this Pima County fraud. He is on the current team conducting the Maricopa County 2020 audit.

Trackback URL for this entry: https://kickthemallout.com/trackback.php/2006_Pima_County_AZ_Computer_Technician_Manipulated_Election_Data_Offline_To_Get_Desired_Outcome