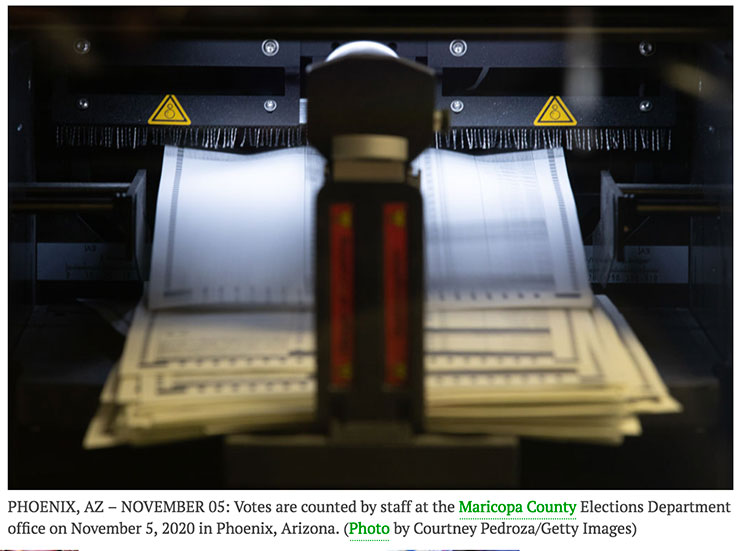 Arizona lawmakers are ordering another recount of ballots cast in the 2020 presidential election, this time by hand.  On Thursday, the GOP-controlled Arizona Senate announced its intentions to conduct the audit of more than 2 million ballots from Maricopa County.

The Senate won a court order late last month, granting them access to ballots and voting machines. Officials believe this will be daunting for any audit firm, citing the need for secure facilities and substantial manpower.

“We’ve had to do recounts in the past, on just doing it, running them through the machines. It is a nightmare, we’re talking about over 2 million ballots,” Helen Purcell, former Maricopa County recorder said. “How that’s going to be accomplished and what period of time, I have no idea.”

FOR IMMEDIATE RELEASE: Update on the full, detailed audit of the 2020 election in Maricopa County#AZSenate #Audit pic.twitter.com/0HHfPuGKex

State senators stressed constituents are still skeptical about the integrity of the election. They are hoping the manual audit puts an end to suspicions, and the results restore Arizonians’ faith in the state’s election process.

Trackback URL for this entry: https://kickthemallout.com/trackback.php/Arizona_Senate_To_Order_Hand_Recount_of_2_Million_Ballots