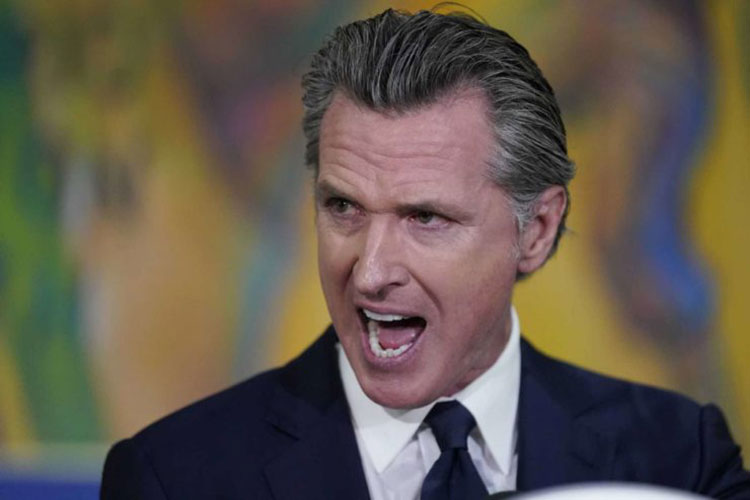 The first question in the Survey USA poll: “Should Gavin Newsom be recalled?”

“How close the recall turns out depends on exactly one thing and only one thing,” Golden State political insider Darry Sragow said. “And that is whether Democrats take the time to vote.”

Are Democrats in California worried about the latest poll showing Newsom down by double digits, or do they have an ace up their sleeve that assures the unpopular governor will maintain his dictatorial power?

According to a notice by California’s Secretary of State, Dr. Shirley N. Weber, CA residents can now print their own ballots at home and mail them in to the Secretary of State via the new “Remote Accessible Vote-By-Mail (RAVBM). According to her statement, the print-your-own ballot from home program takes effect on August 16, just in time for Newsom’s recall election. In Maricopa County, AZ, an important component of the forensic audit included an inspection of the type of paper used for their ballots.

Western Journal – Asked about “SharpieGate” on Thursday, Republican Arizona Senate President Karen Fann told Western Journal Editor-in-Chief George Upper, “There is mistruth that is being put out there or misstatements. So, for example, we can go back to an actual public document that [Maricopa County officials] had on their website and they put out there and said, ‘We only use four types of paper for our ballots, and those ballots are, it’s a special kind of paper that has, I believe, it’s a titanium film on it, if you will, which actually prevent people from, from the ballots, from seeping through on the other side. Well, we know for a fact from the hearing last Thursday that there is a lot of ballots out there that they marked through and images of them. So clearly, that was misinformation when they said we only use four types of paper. We actually now have affidavits from people who actually worked at the polls, and because of the on-demand ballots that they print, that they were not using any special paper. As a matter of fact, if they ran out of paper, somebody was sent down to the nearest office supply store to pick up more paper. So that in itself is, obviously, that’s not secure paper. Obviously, you’re going to have bleed-throughs.

The CEO of Cyber Ninjas — a software security company — and lead auditor Doug Logan reported that further examination of ballots yielded evidence that appears to support the SharpieGate controversy.

The auditor described that anyone viewing the ballot could clearly see how the Sharpie marks filled in are bleeding through to the other side of the paper. This leaves room for the possibility of misreadings as ballots are counted.

“If they’re offset, what it means is when — if it bleeds through — it can potentially cause an overvote,” Logan said.

So, how does California prevent ballots that are printed at home from bleeding through flimsy printing paper? The answer—they don’t.

Trackback URL for this entry: https://kickthemallout.com/trackback.php/CA_Implements_Audit-Proof_Way_To_Steal_Elections