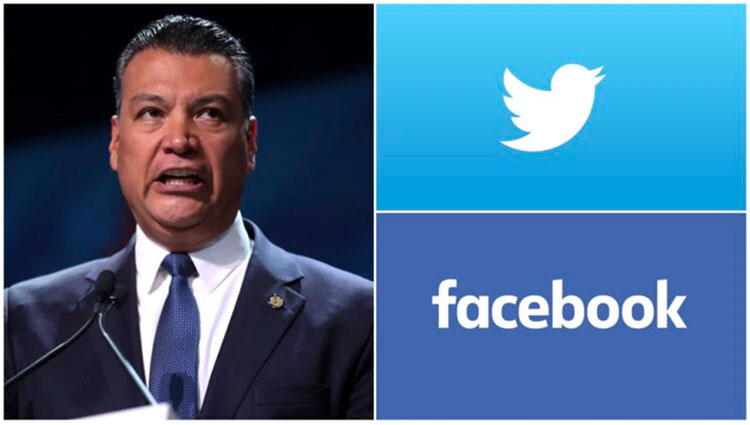 Documents obtained in a Freedom of Information Act (FOIA) request from Judicial Watch show that government officials pleaded with tech platforms such as Facebook and Twitter, essentially begging them to censor content throughout last year’s election.

Judicial Watch has obtained 540 pages of documents showing how the California secretary of state’s office demanded for tech giants to censor claims of fraud and irregularities. The tech giants happily complied with the orders in most cases, showing how the private and public sectors are colluding to enforce Big Brother controls against free speech.

Jenna Dresner, who works as senior public information officer for the Office of Election Cybersecurity, admitted to the role of the secretary of state’s office to enforce Big Brother.

“We don’t take down posts, that is not our role to play,” Dresner said. “We alert potential sources of misinformation to the social media companies and we let them make that call based on community standards they created.”

Judicial Watch noted that the California secretary of state’s office has targeted their content, falsely claiming it is misinformation and demanding for social media companies to remove their videos.

“These new documents suggest a conspiracy against the First Amendment rights of Americans by the California Secretary of State, the Biden campaign operation, and Big Tech,” said Judicial Watch President Tom Fitton.

“These documents blow up the big lie that Big Tech censorship is ‘private’ – as the documents show collusion between a whole group of government officials in multiple states to suppress speech about election controversies,” he added.

While it has been well-known that social media companies are in the tank for the Democrats for quite some time, these email leaks show how Democrat officials work hand-in-glove with monolithic corporations to control the flow of information.

One leaked email shows Chris Miller, listed as communications coordinator for California secretary of state Alex Padilla, demanding that certain information be censored, and Facebook’s affirmative response that they would comply with future requests.

Shasta County Clerk Cathy Darling Allen received a response in minutes from Cristina Flores, who handles U.S. Politics and Government Outreach for Facebook, after issuing her censorship request to the tech giant.

Another email shows officials in the California secretary of state’s office colluding with a third-party firm to stifle content from right-wing voices like talk radio host Michael Savage:

Twitter had developed sophisticated policies allowing Democrats to control information about elections on their monopoly social media platform. The terms made it clear that suppressing all information Democrats do not want understood by the masses was the top priority on election day last year:

An interaction between California secretary of state press secretary Sam Mahood and former Twitter public policy manager Kevin Kane, who has since moved to YouTube, shows how Democrats interacted with tech giants in real time to commit Orwellian censorship:

As more information is uncovered about what actually happened during the 2020 elections, the case for the most heinous crime in U.S. history builds.

Trackback URL for this entry: https://kickthemallout.com/trackback.php/Emails_Show_Democrat_Election_Officials_Colluded_with_Tech_Platforms_to_Censor_Fraud_Intel