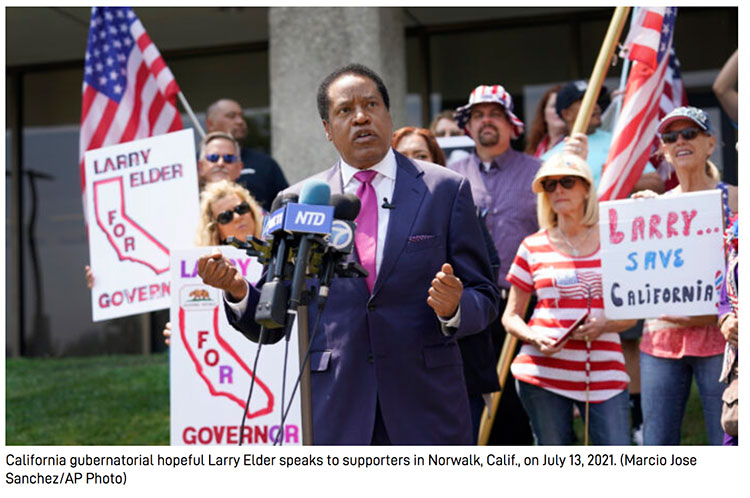 Conservative talk radio and EpochTV host Larry Elder has filed a lawsuit challenging a decision by California’s Secretary of State to block him from running in the state’s special recall election in September, alleging he’s the target of political “shenanigans” that are “dangerous and unconstitutional.”

Elder, a Republican who on July 12 entered the gubernatorial race to oust incumbent Gov. Gavin Newsom, said in a video posted on Twitter on Tuesday that he has filed a lawsuit against California Secretary of State Shirley Weber for failing to put him on the ballot despite his campaign’s insistence he has filed “every piece of paper required.”

“We’ve complied with everything the secretary of state has required of us,” Elder said in a statement. “The politicians in Sacramento know I’m the only candidate who can beat Gavin Newsom. They are afraid, and they are using whatever shenanigans they can to try to trip me up. It won’t work.”

Elder said he has provided five years of tax returns “totaling over 300 pages” to California elections officials, who did not include him on a preliminary list (pdf) of candidates in the Sept. 14 recall election. The gubernatorial hopeful earlier shared a letter from Weber indicating he didn’t qualify as a candidate because of “incomplete redacted and/or unredacted income tax returns.”

“I provided all tax returns as required,” Elder insisted. “Frankly, this action by the Secretary of State is not simply unfair and absurd but a dangerous and unconstitutional precedent.” 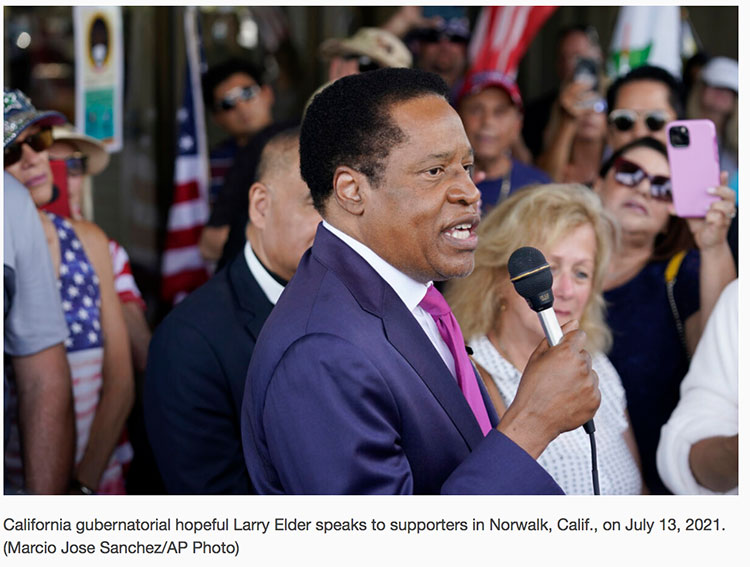 Elder’s campaign argued that under state law, Weber has the authority to “fix” any redaction errors for the public, adding that Weber’s office has not informed Elder of its specific objections to his tax returns. The campaign also said that, by denying voters the ability to choose Elder on the ballot, the Secretary of State was “effectively engaging in voter suppression.”

The campaign also argued that Weber’s decision violates the equal protection clause of the California Constitution because Newsom did not have to comply with the same tax return disclosures.

“I am waging a legal battle to run as the candidate for Californians who are tired of the partisanship and entrenched interests of Sacramento. I fully expect to be on the final certified list of candidates,” Elder said.

“I’m confident we’re going to prevail,” Elder said, adding that his team is prepared to take the case to the California Supreme Court.

Elder’s complaint (pdf), filed in the Superior Court of the State of California for the County of Sacramento, alleges that Weber has “neglected her duty” and has “wrongfully refused to accept and file the nomination documents” that Elder “properly submitted to qualify as a candidate.”

The California Secretary of State’s office didn’t immediately respond to a request for comment. 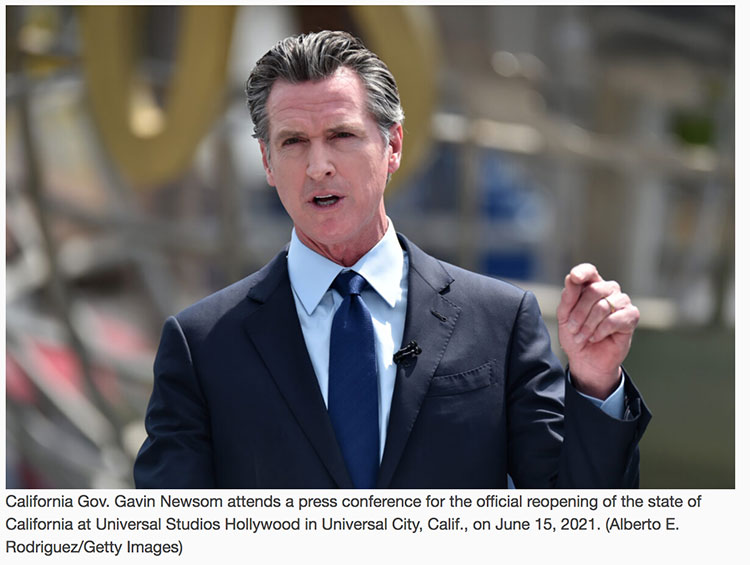 The recall petition against Newsom is only the second in state history to succeed against a governor. While every governor since 1960 has faced a formal recall petition, the only one with enough signatures to trigger an election was the one in 2003 when voters replaced Gov. Gray Davis, a Democrat, with actor Arnold Schwarzenegger.

A year of whipsaw pandemic lockdowns, crushing job losses from business closures, California’s wallet-sapping taxes, and a raging homelessness crisis have focused the frustrations of the state’s residents, with Newsom, given his role as governor, becoming the target of those resentments. Adding to that is intense criticism of Newsom for flouting his own pandemic lockdown rules by being spotted dining out, maskless, and an investigative report showing he misled the public about his wildfire prevention efforts.

Trackback URL for this entry: https://kickthemallout.com/trackback.php/Larry_Elder_Sues_California_Secretary_of_State_Over_Keeping_Him_Off_Recall_Ballot