Editor's Note:  Bill Barr is one of the most skilled back-stabbing traiters every to walk the halls of our gubermint.  Absolute criminal!  The DOJ is nothing but a protection racket for members of Congress and all the criminals they work for. 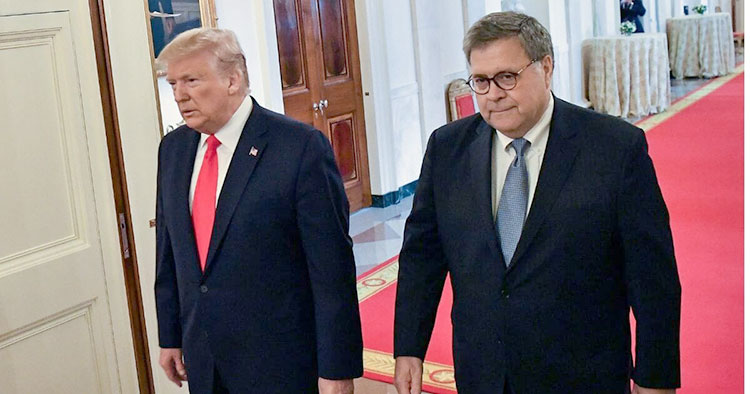 President Trump mentioned yesterday at the CPAC event in Texas that the US Attorney in Pennsylvania sent the President a letter recently where he claimed former AG Bill Barr told him not to investigate the crimes and corruption that occurred in the 2020 Election in that state.  Tonight the President released the letter.

Yesterday President Trump told the CPAC crowd in Texas that recently a former US Attorney in Pennsylvania sent the President a letter stating that he was told by AG Barr not to investigate election crimes in Pennsylvania.

President Trump tonight released the letter he received from the former US Attorney for the Eastern District of Pennsylvania, William McSwain.   In the letter McSwain shared the following:

Below is the letter from former US Attorney in the Eastern District of Pennsylvania.

Trackback URL for this entry: https://kickthemallout.com/trackback.php/President_Trump_Releases_US_Attorney_Letter_Claiming_AG_Barr_Told_Him_Not_To_Investigate_Election_Fraud_In_Pennsylvania