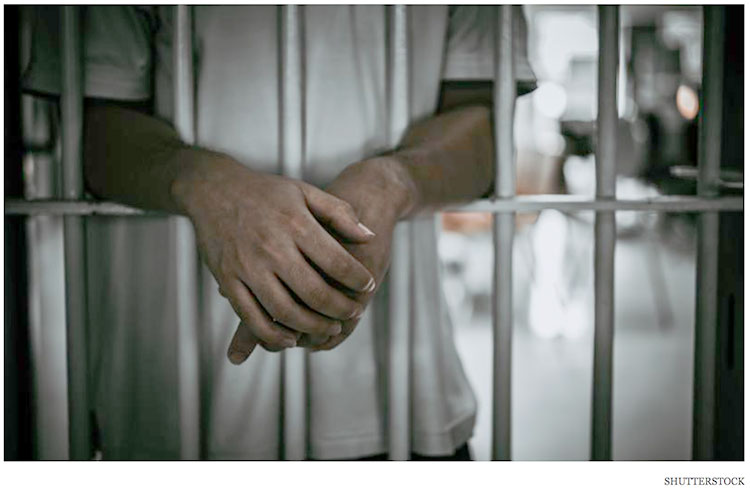 The federal government continues its ‘nationwide manhunt’ after arresting more than 500 people ‘mostly for misdemeanor charges related to what happened on January 6.’

WASHINGTON, D.C., June 16, 2021 (LifeSiteNews) — As part of its unprecedented investigation of the January 6 disturbance at the U.S. Capitol, Joe Biden’s Department of Justice (DOJ) has arrested and is holding hundreds of “political prisoners” in a dedicated jail under “harsh almost solitary confinement conditions” while denying them bail and the constitutional right of a speedy trial.

“This is a political persecution against Trump supporters,” said Julie Kelly, a senior contributor for American Greatness. Having provided extensive investigative reporting on this issue over the past several months, she spoke with candor on the Mark Levin Show this past Sunday.

Despite the repeated mantra from Democrats and the mainstream media that the January 6 disturbance was an “armed insurrection” of “white supremacists,” Kelly clarified that “not one person has been charged with carrying or using a firearm inside the Capitol building that day.” On the contrary, “the only person who used a weapon, a firearm, inside the Capitol building, was the still-unidentified Capitol Police officer who shot and killed an unarmed female veteran, Ashley Babbitt.”

.@julie_kelly2 tells @marklevinshow The American people need to know Joe Biden‘s justice department is holding political prisoners in a jail in Washington DC. It was opened to hold Jan 6 defendants that was denied bail. This is a political prosecution against Trump supporters. pic.twitter.com/nYwaba0xGW

Kelly did say that in her research of the cases she found “about three dozen weapons” charges, but she notes, according to the charges of prosecutors, “these aren't deadly and dangerous weapons when Antifa or BLM (Black Lives Matter) uses them, (but) only when January 6th protesters (use them).” She said these weapons include “pepper spray, riot shields, a helmet in one case, a few flagpoles, (and) a couple people brought in small batons.” These people did not necessarily even use the weapons, but just carried them into the building, or just had them outside the building, which was enough for them still being issued a “weapons” charge.

“So it was not an ‘armed insurrection.’ No one had guns. They had no intention of using (their ‘weapons’) to assassinate Mike Pence or Nancy Pelosi or any of the other ridiculous claims that we've heard,” she said.

According to leftist journalist Glenn Greenwald, this repeated formulation of an “armed insurrection” is “crucial” for the Democrats, not only because it attempts to maximize fear of the party’s political adversaries but because it “empowers the state with virtually unlimited powers to act against the citizenry.”

“What we know for sure is that no Trump supporter fired any weapon inside the Capitol and that the FBI seized a grand total of zero firearms from those it arrested that day — a rather odd state of affairs for an ‘armed insurrection,’ to put that mildly,” he concluded (source).

With regards to the routinely repeated yet undefined, “white supremacist” charge, Levin asked, “Do we know how many of these (arrested) individuals were neo-Nazis or Klansmen?”

“None that I have seen,” said Kelly. “You saw one guy early-on with a ‘Camp Auschwitz’ t-shirt,” and the media used this as “evidence that these were neo-Nazis. But no, I have seen no racist language in any of the court documents (and) certainly nothing to support the idea that these are ‘white supremacists’ or ‘domestic violent extremists,’ as our Director of National Intelligence (Avril Haines) refers to them.”

Last month, Congresswoman Marjorie Taylor Greene explained in a speech on the floor of the House how left-wing Antifa and Black Lives Matter (BLM) “domestic terrorists … did a horrific and jaw-dropping amount of damage to cities across America during 2020,” including 2,385 looting incidents, 624 arsons, 97 burned police vehicles, more than 2,000 injured police officers, a death toll of 25 Americans, and a bill of $2 billion.

“How many of the Marxist, Anarchist, violent, rioting Black Lives Matter individuals have been rounded up with swat teams?” Levin asked. “How many do we know have been prosecuted and how many FBI agents have been focused on that sort of investigation?”

“I’m guessing none,” Kelly responded. Additionally, “this is the same justice department actively dropping cases against Portland rioters for far worse, more egregious crimes committed last year. This includes attacking police officers with the same chemical spray that they call a ‘dangerous and deadly’ weapon if it was used on January 6, but not if it was used repeatedly by Antifa thugs.”

It’s not only that these rioters are “not being rounded up,” she said. “Their cases are being dropped, (and) their records are being expunged.”

In her final statement, Kelly emphasized that the January 6 protestors who have been arrested “are in jail on pre-trial detention orders that are being requested by the Justice Department and signed off on by federal judges in Washington D.C. These people have not engaged in one minute of a trial. In fact, their trials could be delayed until next year, which is really what the Justice Department is trying to do.”

With these pre-trial detention orders, the indicted are denied bail. One example involves a “man who is accused of allegedly spraying (a Capitol Police officer) with pepper spray. A federal judge denied a $15 million bond package put together by 16 of his family members … (saying) he could not see any circumstances to let this man out of jail because he attacked a cop.”

In comparing this rationale to last summer’s Antifa/BLM riots involving thousands of injured police officers, Kelly affirmed what was detailed in a recent letter from five GOP senators to Attorney General Merrick Garland, that the January 6 protestors “are treated differently,” which is a violation of the principle of equal justice under the law.

Further, these January 6 protestors are only accused of having violated the law in some way, and it is based on evidence “only the government has access to. They're keeping this trove of over 14,000 hours of surveillance footage captured by the Capitol security system that day … under wraps, away from defense attorneys, away from defendants. They're sort of cherry picking these clips — using this as evidence. And that's the evidence presented in court to convince these judges to keep these people behind bars, again, awaiting trials that could be still months and maybe a year away from their original arrest.”

“This is a constitutional and humanitarian crisis that's happening right in our nation's capital and largely, almost completely ignored, not (just) by the media but also our Republican leadership in Washington,” she concluded.

Trackback URL for this entry: https://kickthemallout.com/trackback.php/Pro-Trump_Jan_6_Political_Prisoners_Rotting_Away_in_Dedicated_DC_Prison-Without_Bail_or_Trial