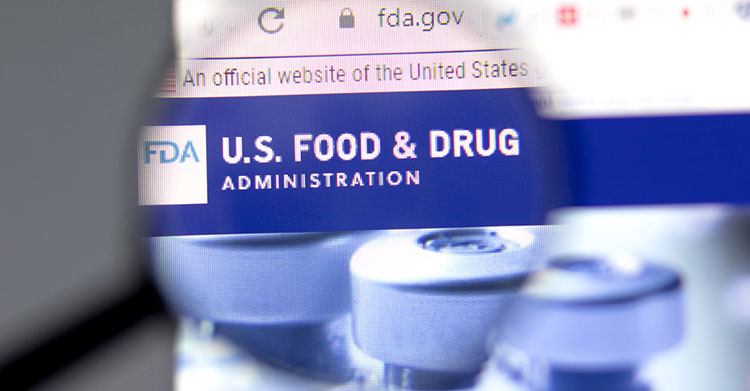 The FDA on Aug. 23 granted full approval to Pfizer’s vaccine, over the objections of some scientists who pointed out that full approval was based on only six months’ worth of data — despite clinical trials designed for two years — and that there was no public discussion of the data.

In his Aug. 26 letter, Johnson asked questions similar to those raised earlier this week by Children’s Health Defense Chairman Robert F. Kennedy, Jr. and Dr. Meryl Nass about the legal distinction between the Pfizer-BioNTech vaccine being administered under Emergency Use Authorization, and Pfizer’s Comirnaty vaccine, which was granted full licensure.

In his letter, Johnson asks these five questions:

1. Why didn’t the FDA grant full licensure for the Pfizer-BioNTech vaccine that is in use and available in the U.S.?

2. How are the Comirnaty and Pfizer-BioNTech COVID-19 vaccines “legally distinct” and what are the “certain differences”?

3. There is no doubt that the FDA’s action will lead to more vaccine mandates and increased pressure on those currently choosing not to get vaccinated. Your letter to Pfizer suggests that “there is not sufficient approved vaccine available for distribution.” Is there sufficient supply in the U.S. of the Comirnaty vaccine to ensure that those being vaccinated under mandates will be receiving the FDA-approved version? Or is it more likely (or certain) that they will be vaccinated using the vaccine administered under the reissued EUA?

4. If there is insufficient supply of Comirnaty vaccines for those succumbing to the coercion of mandates, isn’t the FDA de facto endorsing vaccine mandates utilizing EUA vaccines?

5. Will individuals who receive either vaccine be afforded the same legal protections if they are injured by the vaccine? If not, why not?

This isn’t the first time Johnson has written the FDA about COVID vaccines. On Aug. 22, he sent a letter to Woodcock; Dr. Francis Collins, director of the National Institutes of Health (NIH); and Dr. Rochelle P. Walensky, director of Centers for Disease Control and Prevention, criticizing the FDA’s decision not to hold a formal advisory committee meeting to discuss Pfizer’s application for full approval of its vaccine.

In July, Johnson held a news conference with families injured by the vaccines, during which he said the medical community was “repeatedly ignoring” the vaccine-injured.

Trackback URL for this entry: https://kickthemallout.com/trackback.php/Senator_Ron_Johnson-5_Questions_for_FDA_About_Pfizer_Vaccine_Approval