Editor's Note: The CDC has proven time and time again IT CANNOT BE TRUSTED!  They have been LYING to us all from the very beginning of this latest fake pandemic!   They've been doing this for a very long time.  If you don't believe me, watch this segment of 60 Minutes from back in 1979 where Mike Wallace totally exposed the FAKE SWINE FLU PANDEMIC.  He gets the head of the CDC to admit there were ZERO CONFIRMED CASES of Swine Flu to justify their campaign of fear to scare the public into getting dangerous Big Pharma jabs!

The Centers for Disease Control and Prevention (CDC) exaggerated the rate of outdoor transmission of the coronavirus, according to a report by The New York Times (NYT).

The CDC announced in April that a majority of COVID-19 transmission happens indoors, with “less than 10 percent of documents transmission” occurring outdoors. The NYT, however, reported the number is misleading and is based on a misclassification of how some cases of the virus were spread.

Virologist at the University of St. Andrews Dr. Muge Cevik said the number “seems to be a huge exaggeration,” according to the NYT.

The NYT reports outdoor transmission appears to be less than one percent and could even be lower than 0.1 percent. The transmission that does occur outside is typically a result of crowded spaces, according to the report. The CDC’s claim that COVID-19 transmissions are less than 10% is reportedly  “deceiving.”

“There is not a single documented Covid infection anywhere in the world from casual outdoor interactions, such as walking past someone on a street or eating at a nearby table,” the NYT reported.

The method the CDC used to come up with 10% figure is reportedly skewed since it is based on a large number of outdoor transmission cases that occurred at construction sites in Singapore. One study cited in the report found that just 95 cases out of 10,926 cases worldwide were instances of outdoor transmission, with all 95 cases coming from construction sites in Singapore.

Another study cited by the NYT found that four out of 103 cases were classified as having occurred from outdoor transmission and all four cases were from Singapore construction sites. The second study did note, however, that “existing evidence supports the wide-held belief that risk of SARS-CoV-2 transmission is lower outdoors.”

The NYT explains the data from Singapore comes from a government base that does not put construction-site cases in the outdoor transmission category.

“We didn’t classify it according to outdoors or indoors,” spokesman for the Ministry of Health Yap Wei Qiang told the NYT. “It could have been workplace transmission where it happens outdoors at the site, or it could also have happened indoors within the construction site.”

Further, researchers gave a broad definition to ‘outdoor spaces’ that included any space that was a mix of both indoor and outdoor facilities, according to the NYT.

“We had to settle on one classification for building sites,” French researcher and co-author of research analyzed by the NYT told the outlet. “And ultimately decided on a conservative outdoor definition.”

Another study by the Journal of Infection and Public Health only counted two settings as indoors, “mass accommodation and residential facilities.”

At some of the construction sites where COVID-19 transmission occurred in Singapore, the exterior construction for the project was finished prior to the pandemic began, according to the report. Alex Au of advocacy group Transient Workers Count Too told the NYT that since Singapore is warm year-round, many workers, including electricians and plumbers, would have likely held meeting and ate lunch indoors to avoid the heat, contributing to COVID-19 transmission. 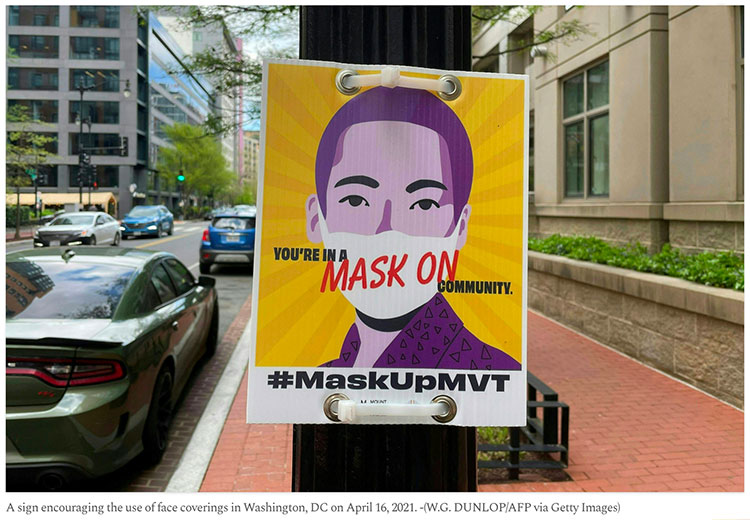 Another study from China found out of 7,324 cases, only one was the result of outdoor transmission.

The CDC later told the NYT the 10% figure is “a conservative estimate from a recent systematic review of peer-reviewed papers,” and that “the data we do have supports the hypothesis that the risk of outdoor transmission is low.”

Dr. Anthony Fauci said in April that it was “common sense” that outdoor transmission of the coronavirus is “minuscule.”

“I think it’s pretty common sense now that outdoor risk is really, really quite low, particularly – I mean, if you are a vaccinated person, wearing a mask outdoors, I mean, obviously, the risk is minuscule,” Fauci said while on ABC’s “This Week.”

A string of studies also recently found that with low outdoor transmission, outdoor mask mandates should be reduced.

The Daily Caller has reached out to the CDC but did not receive a response at the time of publication.

Trackback URL for this entry: https://kickthemallout.com/trackback.php/The_CDC_Has_Been_Dramatically_Overstating_Outdoor_Transmission