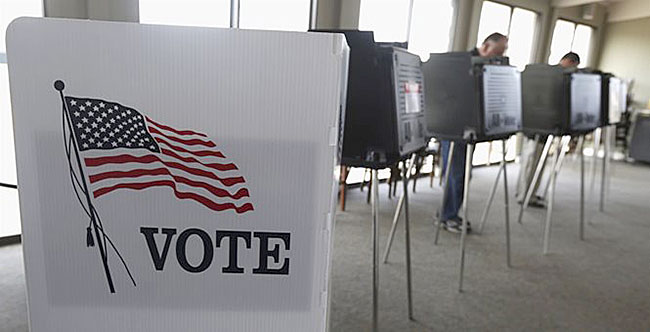 Shannon Bream of FoxNews’ ratings’ dominant prime time line-up had linked a post about a headline of an election related story in Ohio.

Generating, as you can imagine it would, thousands of replies, I decided to add a simple one.

Simple and to the point.

Twitter didn’t seem to think so. The arguments they made in response ran the gamut but the gist of them had to do with me being racist, elitist, and in some way attempting to throttle the possibility of a free electorate from participating in our grand republic.

They also seem to repeat the old meme about the lack of any need for Voter ID because there could not possibly be any attempt at voter fraud in 2018.

Now mind you if you checked out even a fourth of those commenting’s twitter feeds you’d find people wholesale buying into the idea that President Trump could commit fraud in the election cycle. They firmly believe that somehow Russia could sway exclusively rust belt democrats to vote against a woman who didn’t even campaign for their votes. And they—to a person—believed that the high dollar, one sided, special council investigation should continue through to its conclusion.

But could “voter fraud” occur in places like Ohio in 2018?

“Absolutely not,” their consensus.

Amanda Prestigiacomo reported this week that a northeastern Georgia precinct had nearly twice as many ballots cast in their primary elections in May, as there were total registered voters. The source on the Ohio numbers in that state’s 12th Congressional District was Eric Eggers, research director for the Government Accountability Institute—a good government outside group seeking to (as odd as it may sound) hold government accountable.

Evidently there is still an open investigation into voter fraud hanging over the Atlanta mayoral runoff from last December. And last may Ohio election officials cited voter fraud cases numbering more than 50 incidents from the 2016 elections.

Old Dominion University in Virginia completed a study in 2017 claiming more than 6% of adults who are non-citizens and living in the United States likely voted in 2016. That equates to more than 1 million illegally cast votes.

But whether or not it actually happens isn’t the point.

The point that should bother every true American—is merely—that it could.

In America we value things uniquely in our experience that other nations may not. In America we hold a certain sacredness to the process of the people speaking, deciding, determining, and governing. We esteem certain moral values in our founding documents. And all who become Americans should agree to these same ideals.

Because to not do so, and here it is, is to be “Un”-American.

Somewhere along the line, and maybe it was just hearing that screeching soundbyte over and over again of Hillary Clinton declare “that we have a right to dissent, and that to dissent is the essence of what it means to be American” we started believing that being against America was included in the definition.

But who believes that?

In our founding we reaffirm the worth and dignity of the human individual. We affirm that self determination for them (and each of us) will lead us to a more prosperous and better tomorrow simply because it is the individual relying upon the gifts and skills his Creator endowed him with.

Self determination shows up in no more important place than in our sacred voting booth. A place that is not intended, nor even allowed for those who are not citizens. A place that is unwelcome to those who have not taken the legally required step to swear allegiance first and foremost (as it pertains to nations and governments here on earth) to exclusively these United States.

This land is not a blank page, her people are not empty suits, and her resources are not a blank check.

Yet all of those and many other issues are directly determined by the sacredness of the act in the voting booth.

It is worth mentioning that it is equally unAmerican to have the right to vote and to not do so. Yet even in that you are expressing a self determination that you will live with the consequences of.

Requiring Voter ID in order to vote in our elections does nothing more than confirm the identity of who is casting that vote.

We’ve all seen and easily dismissed the claims that IDs are too hard to get, too difficult to obtain, too expensive, or too racially problematic.

Not ONE of those reasons is real.

Simply compare them to the access people have to IDs when they merely wish to operate an automobile and the fainting and crying comes to an end.

Voter IDs may not guarantee that as many people will vote in the next election as did the last. Maybe that’s a good thing.

But Voter IDs will guarantee that every vote cast is cast by a citizen of this nation and that will make the integrity of the process soar.

And adding more integrity to the ethic of our elections is definitively a pro-American thing to do.

Trackback URL for this entry: https://kickthemallout.com/trackback.php/Yes-Opposing_Voter_ID_Is_UnAmerican